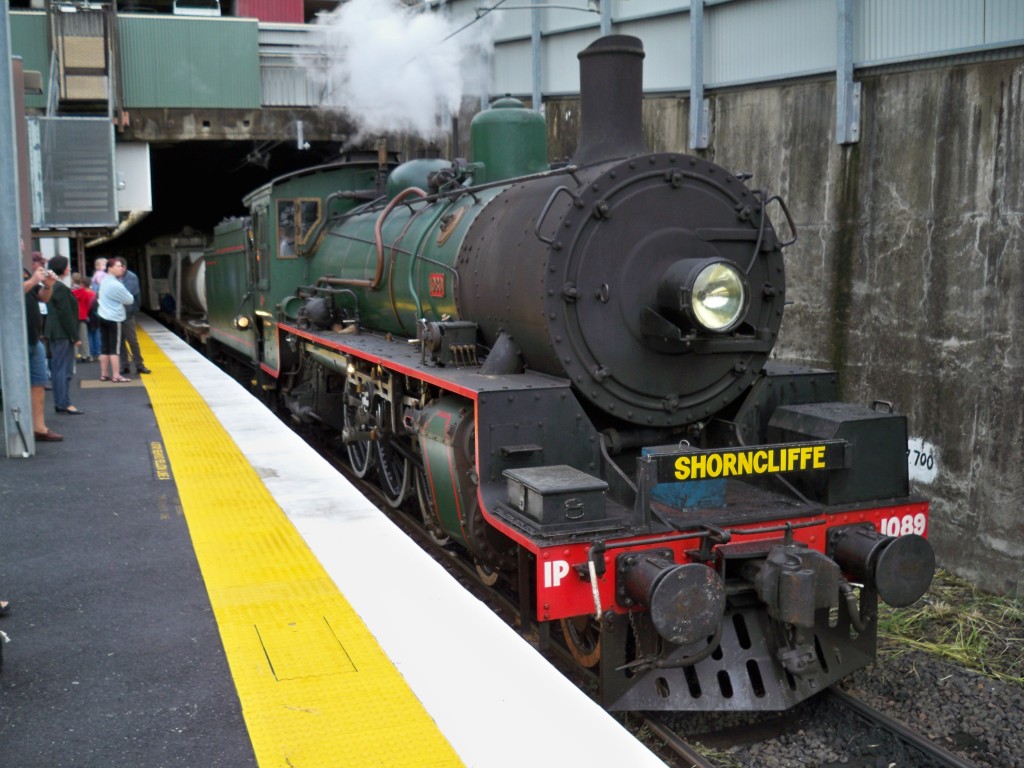 This class was the most significant and successful of the locomotives designed in the nineteenth century. The design resulted from a need for more powerful engines for passenger trains. Initially designated as “Passenger” B15, they were later better known as PB15.

They spent many of their early years hauling important passenger trains around the state. With the strengthening of the main lines they were relieved of most of these tasks by more powerful locomotives. Later they were relegated to lesser duties on branch lines and in shunting yards. Engines attached to Wooloongabba and later at Mayne were used on “Southside” suburban passenger trains until 1968.

A number of modifications including cab alterations and fitting of electric headlights were carried out during their lives. Tenders on engines constructed at Toowoomba Foundry and the one at Ipswich had increased water capacity. Some engines based at Cairns had additional boards on their tenders to enable additional coal to be carried. Several engines were fitted with an additional sandbox and electric light on the tender for working on branch lines where no turning facilities were available. In May 1918, Ipswich Workshops converted N°411 into a tank engine. Evidently the results were not completely satisfactory as the engine returned to its original form in March 1922. In the late 1920s, the boiler pressure was increased from 150psi to 160 psi.

They could run on all parts of the system except the Etheridge line, the isolated Normanton and (now closed) Cooktown Lines.

One engine was built in 1924 for the Aramac Shire Council. This engine was subsequently purchased from the Council when the Aramac Shire Tramway was dieselized in 1958. Numbered A1 in Council service, it first ran on QR in February 1958 as N°1052 but was renumbered N°12 in June of that year. This was the only engine of the class to be constructed at Ipswich Workshops.

In 1924, increasing traffic on lines that could not carry C16 engines resulted in orders being placed for an engine of similar proportions but fitted with Walschaerts valve gear. These engines became PB15 (1924) Class.

In November 1969, nineteen members of the class were still operating; eleven in the Mackay District, and four at Maryborough and four at Ipswich.

These engines were referred to as Large Consolations before the introduction of the new classification system.

They were the first eight coupled engines to run in Queensland and were also the first to have a bogie tenders. An early problem experienced with them was that they were too long for existing turntables and could only be turned on fork lines. They were built by Baldwin and were typical of that company’s products of the time with a large oil headlight, pepper pot steam dome and sandbox and also a wooden cab with glazed windows.

N° 41 was put to good use on the Main Range where it could haul 120 tons compared with 75 tons for the E (B12) Class although it had originally been purchased with the intention of being used on the line beyond Chinchilla. It was shipped to Townsville in June 1881 and was later returned to Ipswich in 1890.

N°42 was imported by the contractors working on the Stanthorpe Extension and named “Queenslander”. It was later bought by the railway after the new line opened in May 1881.

The engines had their original wagon top boilers replaced with round top ones in 1900. Apparently engine loads were not increased even though the new boilers had an increased pressure of 140 psi.

Both finished their days working in the Rockhampton District.

In 1889 locomotives and rollingstock were consolidated into one rollingstock register. This resulted in most items, except those operating on the original Southern and Western Railway (from Ipswich), being renumbered. Numbers shown are state (or former S & W) numbers. Those in brackets are former numbers of individual railways.

These small engines were ordered for the Great Northern Railway. When they arrived from America it was considered that the Southern & Western Railway had a greater need and so they never reached their intended destination. They were tiny machines with only four wheeled tenders. One was used in the Ipswich district and the other was put to use on the Main Range where its load was only 75 tons.

In 1889 locomotives and rollingstock were consolidated into one rollingstock register. This resulted in most items, except those operating on the original Southern and Western Railway (from Ipswich), being renumbered. Numbers shown are state (or former S & W) numbers. Those in brackets are former numbers of individual railways.

The engines were designed to haul Mail Trains and were the principal engines used on these services until the introduction of the BB18¼ and diesels. Nevertheless, they spent much of their working lives on goods trains and suburban passenger workings. They were generally popular with crews and had free-steaming boilers.

A prototype engine, N°84, was constructed by Ipswich Workshops and ran to Grandchester on 16th July 1926. After successful trails on both the Sydney and Townsville Mail Trains, approval was granted in 1927 to construct a further eight engines at Ipswich and another eight were ordered in 1929. A proposal to fit a Franklin booster to the trailing truck was rejected. These first seventeen engines were constructed with open cabs and C16 style tenders. Six engines built in 1935 were the first to be fitted with sedan cabs but retained old style tenders. Commencing with N°841 in 1936, all engines were built to what was considered the “standard” B18¼ design with sedan cabs, new style tenders and larger 9½” diameter piston valves.

A number of modifications were carried out during their lives. The 1935 engines were fitted with MeLeSco multiple valve regulators mounted on the superheater header. These were later replaced with standard regulators in the boiler dome. N° 843 was fitted with an ACFI feed water heater when it entered service in 1936 but had it removed in 1942. Early engines were fitted with Alligator crossheads. The Laird type was used on those constructed at Ipswich in 1939 commencing with N°870. Minor changes were made to boilers over the years. A few engines acquired BB18¼ boilers during overhaul and later a “standard” boiler was designed for use by both classes. All B18¼ chimneys were cast with capuchions, but several were later ground off due damage in service.

The last two engines in service were N°770 at Mackay and N°842 at Ipswich.